The album’s title track Vida Profunda (Profound Life), perfectly exemplifies the message of this heartfelt project.  “Vida Profunda” is a poem that the composer’s father would recite to her everytime she felt frustrated and lost.  Carolina remarks: “[My father] is the one that actually encouraged me to find in poetry some answers to my feelings and emotions, and also to put music to the text, since that is my way of expression.”  Inspired by her father, who is a literature teacher and lover of poetry, Carolina set out on a path to find meaning through the synthesis of two distinctly different artforms: poetry and jazz.  The track is based off of the poem by Porfirio Barba Jacob, a poem that speaks to our humanity; the vulnerability of man.  As an album, Vida Profunda utilizes the work of such notable poets as Pablo Neruda, Robert Duncan and Gabriel Garcia Marquez, as well as Carolina’s own written word. 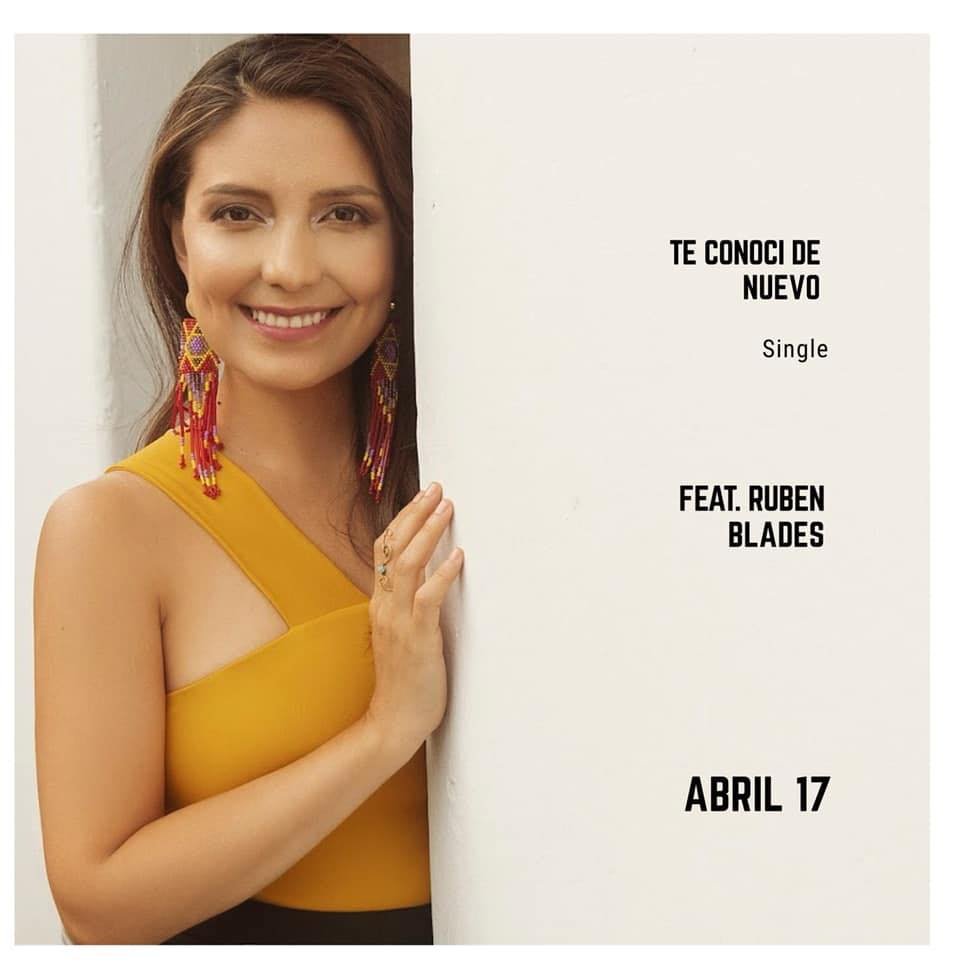 For the second track, “El Parajo yo”, the infectious melody and supple harmony came first.  Carolina asked her mother what her emotional response was to the music and her mother responded, “…it is like flying like a bird.”  Her mother’s visceral reaction led her to the poem “El Pajaro yo” by Nobel Prize Winning Chilean Poet-Diplomat Pablo Neruda.  Sofia Ribeiro lends her vocals to this gorgeous track which also features a stirring solo by flautist Hadar Noiberg.  The legendary Ruben Blades is featured on the next track “Te Conocí de Nuevo” (I Met You Once More), which features lyrics written by Carolina.  His warm unwavering vocals tell the tale of a failed couple that meets together again, this time for good.  Carolina notes: “it is like a promise that says “I want you for the rest of my nights and days, I don’t want to lose you again.”  The sincere refrains of Calvache’s lyrical piano solo display the composer’s stunning facility on the keys. “Working with Ruben was incredible. He just has an amazing ear and he is very particular when he records. It was wonderful to hear a legend like him record one of my original songs,” said Calvache.

Another track featuring Calvache’s original lyrics, “Sin un Despido” was inspired by the LaMia Flight 2933 tragedy- the fatal plane crash that killed the Brazilian soccer team Chapecoense on their way to the 2016 Copa Sudamericana Finals. Transfixed by the unfolding events of this terrible catastrophe, Carolina imagined losing a husband or family member in that way, robbed of the ability to say goodbye.  This track features the strength and grace of renowned vocalist Claudia Acuña.

“Stella” was written for Carolina’s mother for her 50th birthday.  This gorgeous diatribe from daughter to mother expresses Carolina’s following in her mother’s footsteps as a musician.  This piece, reminiscent of Horace Silver’s classic “Lonely Woman” features harmonica player Grégoire Mare and vocalist Haydee Milanes.  On the final track on the album, “Let Me Come With You”, singer Luba Mason sings in english a piece based on the poem “Moonlight Sonata” by Greek poet Giannis Ritsos.  Carolina was particularly drawn to this line: “I know that each one of us travels to love alone, alone to faith and to death. I know it. I’ve tried it. It doesn’t help. Let me come with you.”  At the time of recording this song, Carolina was listening to a great deal of broadway vocalists, and was very attracted to Luba Mason’s romantic and somewhat broadway delivery.  “I fell in love with her voice in this particular style…It was a dream come true to have her on this album.”

On Vida Profunda, Calvache strives to connect with the listener on an intimate and personal level in ways that only poetry can do. “This album is a mirror of experiences and the emotions that can be found in everyone’s life. Feelings of hope, grief, solitud, frustration, dreams, love, inspiration are part of life… and that is why I called this album “Profound Life”, or Vida Profunda.”

“Our lyrics reflect emotions of frustration and depression as much as they reflect romance and love,"

Houston-born producer Lucas Gorham’s latest music incarnation comes via Lucas/Heaven, a project that debuted with the

It’s a mistake for Latinos to think they can go to Italy and get by on Spanish alone. I learned … More

By skipping through its emotional content for the sake of big-screen excitement and reinforcing a patriarchal message at the end, … More