I hesitate to call Costa Rica’s emerging film scene one of Latin American cinema’s best-kept secrets. After all, any honest-to-goodness film critic who pays attention to current trends in world cinema and doesn’t limit their film festival coverage to that small number of films in competition for the sake of Likes and hits should know by now that this Central American country has been producing, in the last decade, some of the most idiosyncratic, personal, and unique films in all of the continent.

But when it comes to coverage of our cinema in this country, nothing surprises me anymore. Heck, most news outlets did not even bother to cover the wave of cyberattacks from Russian randomware gangs that almost paralyzed Costa Rica. So why should film devotees bother about its cinema at all when attending Cannes or the Berlinale?

And here’s the thing, in a day and age when terms like representation and diversity are bandied about by film websites and publications, most of the filmmakers behind this resurgence in Costa Rica’s film output are…women. Who woulda thunk it: a cinematic new wave led by women in a region where machismo is still a fact of life.

As Carlos Gutiérrez, co-founder and executive director of Cinema Tropical, one of the most indispensable Latin American film websites in this country—Cine Casual being the other one—pointed out recently in a great overview of Costa Rican cinema, you can trace this boom to 2010 when Paz Fábrega won the Tiger Award at the Rotterdam Film Festival for her debut feature, Agua fría de mar (Cold Water of the Sea). Since then, films such as Sofía Quirós Ubeda’s Ceniza negra (Land of Ashes) and Antonella Sudasassi’s El despertar de las hormigas (The Awakening of the Ants) have premiered at major international film festivals, including the aforementioned Cannes and Berlinale—all this in spite of the fact that the country has yet to pass a comprehensive film law, according to Gutiérrez. Most of the filmmakers depend on international funding while a local fund allocates close to $400,000 annually to local productions, according to Screen Daily.

Unfortunately, the release of these films in this country has been limited to the festival circuit and select streaming services. That will, hopefully, change this week with the U.S. theatrical release of Nathalie Álvarez Mésen’s magnificent and bewitching feature debut, Clara Sola, at New York’s IFC Center on Friday, July 1, and Los Angeles’ Landmark Westwood on July 8, followed by a national rollout.

To see if Clara Sola is or will be playing in your area, visit the film’s official site. More venues and dates will be added weekly to the current list available on site.

Forty-year-old Clara (dancer Wendy Chinchilla Araya making her film acting debut) is a riddle wrapped in an enigma, her intellectual, sexual, and even physical growth stunted by Fresia (Flor María Vargas Chaves), her overbearing, fanatically religious mother. The house she shares with her mother and her niece María (Ana Julia Porras Espinoza), who’s about to celebrate her quinceañera, is full of statues and images of the Virgin Mary. Healing rituals and religious gatherings are celebrated regularly at the house since Clara is purported to have been visited and blessed by the Virgin herself.

Whether or not Clara was blessed or her powers come from some other source is left deliberately unanswered. What is clear is that this small, Bernarda Alba-like household makes its living out of those sessions and by renting out their white mare Yuca, with whom Clara has a supernatural connection.

Clara was born with a displaced spine which now threatens her other organs. But Fresia refuses to have her operated on, even though the operation won’t cost her a penny. Her reason? “That’s how God sent her.”

The arrival of Santiago (Daniel Castañeda Rincón) brings a quiet sort of chaos to this simmering household. He immediately bonds with both Clara and María. You can see in his eyes his affection, empathy, and even curiosity towards Clara. And judging by the way she looks at him and the way her body manifests some yet undefinable sensation, those feelings seem to be reciprocated by Clara, who’s going through a belated sexual awakening. María, however, longs for something far more definable and sexual and even permanent with Santiago. 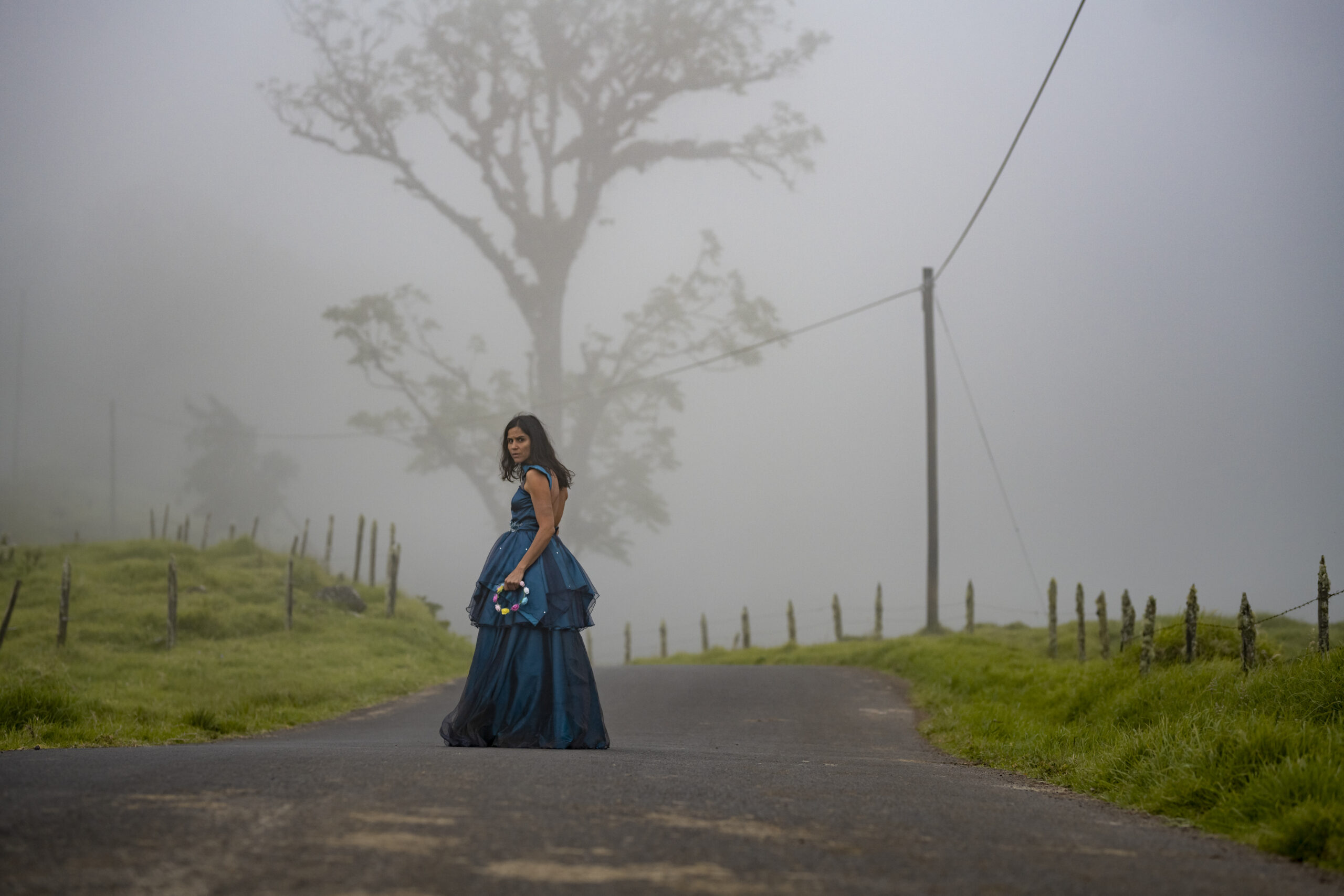 In the October/December 1951 edition of Sight & Sound magazine (recently reprinted in a 90th-anniversary edition now on newsstands and available digitally), Swedish actress and director Mai Zetterling suggested that actors, in order to master their bodies, should have some kind of dance training, since “even the little toe on his right foot should belong to the character that he is trying to portray.” Chinchilla Araya makes full use of her skills as a dancer to create a complex, mysterious character, one at first driven by stillness and then by raw emotion, a character fully aware of her surroundings and her connection to nature. Her gaze is fierce, at times curious, but also fearful and confused. But it is through her body that Chinchilla Araya brings to life those physical and spiritual forces that have kept Clara down for so long, as well as her slow awakening. She is fully in sync with her character’s most basic instincts and feelings but also manages to keep an air of mystery around her. It is a stunning debut performance.

Clara Sola doesn’t hit you over the head with its ideas, its themes. Álvarez Mésen and her director of photography, Sophie Winqvist Loggins, draw you slowly into this sensuous, tactile world. They endow it with an earthy quality, from intimate close-ups of Clara’s interactions with the beetle she has adopted to the muddy ground she rolls over in a white dress prior to one of her mystical gatherings with her “followers,” an act which is interpreted by them as having been ordered by the Virgin herself. Mésen is acutely aware of the traditions that govern this household, from the detailed preparations of María’s quinceañera to this household’s daily rituals and the transactional nature of these religious gatherings.

Clara Sola is not only a prime example of the kind of films that are coming out of Costa Rica, but a worthy introduction to it. I also hope it opens the door to many more films from that country.

My fellow critics, take heed. The next film new wave is literally at your doorstep.

How Latino immigrants thumb their noses at America by butchering the English language.

Is it just me, or is the world coming to an end?

Instead of the generic “favorite films of the year” list, MANO film
Fernando Trueba’s latest film, 'Memories of My Father' (El olvido que seremos), has
Alejandro G. Iñárritu's 'Bardo: False Chronicle of a Handful of Truths' and
By skipping through its emotional content for the sake of big-screen excitement
November is a huge month for Latin American and Latino cinema in