As our sister nation of Venezuela weathers a revolution, their Diaspora has united to uplift their spirits. For weeks, Venezuelans have been fleeing towards Colombia and other South American countries as President Nicolas Maduro consolidates autocratic power. In the eye of this hurricane, Venezuelan artist Eliana Cuevas provides consolation and hope with her latest studio production.

Eliana  has grown into an accomplished singer-songwriter and bandleader with unlimited colors in her compositional and lyrical palette. With her new album Golpes y Flores, Eliana Cuevas has created a beautiful musical love letter to her native land of Venezuela. Afro-Venezuelan rhythms are a consistent thread on the album, and Cuevas is thrilled at their presence. Golpes y Flores was arranged and produced in Toronto by noted composer and keyboardist Jeremy Ledbetter, and recorded and mixed by award-winning engineer John “Beetle” Bailey (Serena Ryder, Molly Johnson).

Eliana has never been constrained by genre boxes in her songwriting, drawing freely from jazz, Latin, folk and world music elements. Cuevas’ stylistic diversity is reflected in the fact she has won a Toronto Independent Music Award (in 2007), a National Jazz Award as Latin Jazz artist of the Year (2009), and for Best Latin Album at the 2014 Independent Music Awards in the US, for Espejo.

To understand this ode to her native Venezuela, Cuevas explains her latest album Golpes y Flores.

Marlena Fitzpatrick: Venezuela definitely needs love letters, attention and healing. This album provides that love and comfort Venezuelans and all of those who love Venezuela need. What’s your take in the current political situation? What can Venezuelans in the diaspora and Latinos do to help?

Eliana Cuevas: It’s common knowledge that Venezuela is facing a very complex political and economical situation at this time. Like many Venezuelans, several of my relatives and friends are struggling to make ends meet, to find food, to find medicine, to stay safe from criminals. Many have had to leave the country, and at this point the situation doesn’t seem to be getting any better. That being said, my country is beautiful–full of wonderful people, natural resources and a very rich culture. With my new album “Golpes y Flores” I’m trying to highlight some of the wonder my country has to offer and to bring hope to Venezuelans. It’s hard to decipher how to solve the crisis, but I believe that at dark times, more than ever people need hope in order to find the strength to fight for their future.

Marlena Fitzpatrick: The album is mainly Afro-Venezuelan with rich, poetic lyrical content. It’s reminiscent of the title Golpes y Flores. Why the title?

Eliana Cuevas: “Golpes” means “hits,” and in Venezuela we often refer to different rhythms as different “golpes.” “Flores” means “flowers.” I’ve chosen these two words to symbolize the merging of two different things: the strength of the traditional Afro-Venezuelan rhythms with the sophisticated harmonic and lyrical content of the songs.  What we’ve done honors tradition yet is far from traditional. It’s a contemporary and exciting, brand new musical creation.

Marlena Fitzpatrick: What was the inspiration behind the only bilingual song A Tear On The Ground?

Eliana Cuevas: This song originated while I was backpacking with my husband and then 4 year old daughter in India. I lost my father to cancer when I was a child, and that was a loss I never fully recovered from. While I was in India, far from everything I know, I had the opportunity to explore the concept of meditation at an ashram, and I took that opportunity to confront some of the pain I’d been carrying around since my father passed. It was a very positive and powerful experience that planted the seed for this song.

Marlena Fitzpatrick: There’s a subtle theme about female empowerment and freedom with songs like “Seré Libre,” “Poderosa,” and “Despierta.” Aside of being a love letter to Venezuela, is this an ode to women empowerment or feminism?

Eliana Cuevas: There is absolutely some of that. Women are powerful, and I love being a woman.  In some songs I also sing words that I imagine Venezuela singing, if my country was a female and had a single voice. 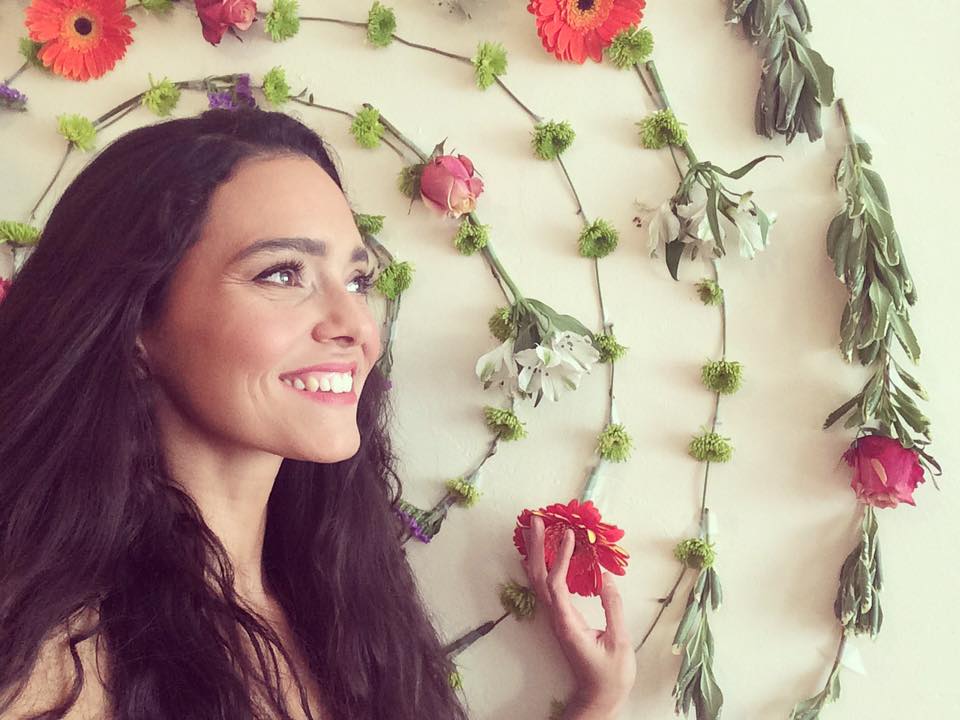 Marlena Fitzpatrick: Which Latino/a musician would you love to collaborate with?

Eliana Cuevas: There are too many to name, and they’re not only Latin! I’ll give you a few: Lila Downs, Natalia Lafourcade, Jorge Drexler, C4 Trio, Alex Cuba, Rubén Blades, Gilberto Gil and one more… Stevie Wonder.

From Dominican fusion to electropifolk and beyond, musicians from near and far come together to share