Gerardo López brings parties to everyone’s living room, or patio, or office, or attic, or beach…. wherever. ‘El Piñatero’ makes it easy for piñatas to hang everywhere.

Gerardo López was born and raised in Tijuana, Mexico where he studied to become an Electronics Engineer. While in university he started working on a local radio station where he discovered his passion for radio, learning the ins and outs of the trade until he progressed to the position of Program Director. After a successful career in Mexico, launching different radio stations and managing radio networks in Mexico, Gerardo married, had his first child and moved to the United States, settling in Dallas Texas where he continued as a Radio Program Director and worked for Univision as one of their top programmers. 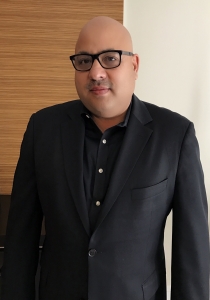 Gerardo has always been an innovator, always asking himself how he can make something better, whether in radio, having his own business or creating products. His love for creating new things, new ideas, and always looking to innovate in everything he does is what inspires him to come up with solutions to every day problems. It was in this way that Gerardo thought of the Piñatero. With 3 children, Gerardo has hosted many birthday parties. A key component to each of those birthday celebrations has been the Piñata. 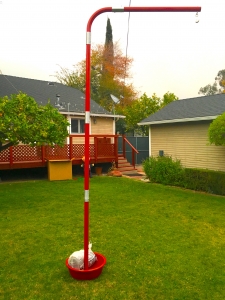 Every year Gerardo’s struggle when it came time for the Piñata, was to find a spot where to hang the Pinata. Indoors or outdoors, this aspect of the birthday party was very stressful for him, so after searching online for a solution, Gerardo had an idea that would solve this problem for many parents like himself. 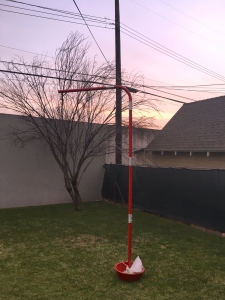 My motivation as an entrepreneur is to have my product on the market, what started as an idea became a problem solver for hanging the piñata and make it safer and easier for people to enjoy hitting the pñata, also help other inventors make their dreams come true, help them overcome their obstacles.

After 3 years of obstacles and being scammed, Gerardo finally received a patent for his invention and now wants to help make people’s parties a happy occasion by having a simple solution to hosting the piñata. It inspires him to think of his product as changing the world and making it easier for others to resolve a need or problem.

What inspired me the most was the opportunity to launch my product to a 94 million audience from HSN and see my dream project with out to the market and become a solution for hanging the pinata. I hope to learn sales techniques to sale my product, financial advisory from us bank and meeting and networking with other entrepreneurs and also meeting executives from HSN and Project American Dreams.

Gerardo is proud to be able to teach his children that they can dream big and accomplish their dreams by working hard, keeping the faith and following their hearts. He also dreams of the day when he is in a position to help other entrepreneurs overcome their obstacles with their ideas or products.

Community equity building to me is working as a team and building something big that help everyone. Profit with purpose is to have a plan in place with the specific purpose to apply.

“I'm a strong woman entrepreneur, a leader, a rebel, and a game changer”

It is from a germinal line about silencing those who resist stereotypes
John Murillo’s 'Kontemporary Amerikan Poetry' does what all great poetry should: it
'Postcolonial Love Poem' is a stark reminder, a much-needed one, of the
In his new book, scholar Javier A. Hernández shows how a sovereign
If you can be a capitalist and journalist with no risk to