Kimberly always knew she loved creating and problem solving, and even more so as a new mommy. As both of her parents were entrepreneurs, she witnessed first hand that hard work does pay off and anything is possible. She has been married for nearly 10 years and is the mother of 4 boys. She had her four children in 5 years. With so many babies in her home, she often faced the issue of dropped or lost teething toys. 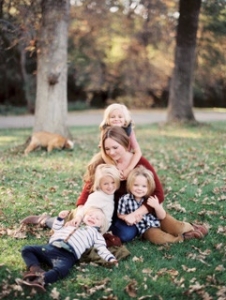 Kimberly decided to create a bib that could hold any pacifier or teething toy, since teething babies are also drooling. She started hand making bibs until she found a manufacturer in India who started making them for her. Kimberly had the foresight to get a Kickstarter campaign to do pre sales and has had two productions. She loves staying at home but wants to keep learning and achieving beyond her political science degree earned from BYU Hawaii.

Kimberly’s American Dream is to be a stay at home mom running a prominent baby company. All of her sales so far have been through social media and grassroots collaborations. She has manufactured once a year, and this year sold much faster than last year. This motivated her to feature new colors in her next run, which she anticipates selling well on HSN.

I have the highest respect for HSN and the team that has assisted me through this process. I have felt so supported and validated while at HSN, and feel extremely privileged to be working with American dreams. I am inspired by watching other entrepreneurs succeed in this process and glean from their stories. My advice for other entrepreneurs is that there is enough room for everyone to be successful. No one makes it over night, it is a constant grind and if you love what your doing you will eventually be successful. I love the concept of developing my voice and building a business that gives me a platform to be a leader. My goal is to help and inspire others that they too can make their dreams come true. 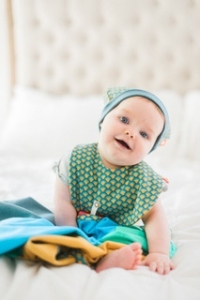 Kimberly is fortunate to live in a beautiful home in a very safe area of the country with great schools and “the most beautiful family anyone has ever seen.” She believes the American Dream is more than just having things. The entrepreneur seeks to feel empowered as a woman, mother, and wife. She realizes that it would be difficult to have the same freedom and ability to do what she does in any country other than America.

“I'm a strong woman entrepreneur, a leader, a rebel, and a game changer”

The story about my two abortions and the vasectomy I had back
Grande’s brilliant novel adds another voice to the chorus of songs and
For author Grisel Yolanda Acosta, as an Afro-Latina in the U.S., she
Panamanian American author Cristina Henríquez’s novel tackles immigration issues that still have
It is from a germinal line about silencing those who resist stereotypes