As end-of-the-year recaps and best-of lists come to life this December, especially those surrounding music, I’ve put together a list of some gift ideas that allow you and the music lovers in your life to listen to or learn about new music while also supporting the artists who create it. I’ve included albums and books themed around Latin music and music in general.

As a tip, if you check out an artist’s music on Bandcamp Fridays, 100 percent of money from purchases goes directly to the artist—win-win!

The first time I heard the music of Bogotá musicians Meridian Brothers, it was a mystifying experience that left me pondering and curious. If you’re new to what they do and what they sound like, and whether you listen to their albums in chronological order or randomly, you’ll discover that each recording has its own entrancing peculiarities. The group’s discography magnifies the incredible ways these musicians experiment with and combine different sound elements that accentuate random Colombian-Caribbean rhythms and sounds but all just a tad bit twisted. This is why we suggest any of their albums as a great gift idea, especially if you get it in vinyl, but digital and CDs are great, too.

Meridian Brothers describe themselves as a “tropical psychedelic band” and yet they’re so much more. It’s the kind of sound merequetengue that I enjoy. On their latest release, Paz En La Tierra, the group shifts focus to the accordion and vallenato while exploring “themes of interplanetary colonialism, existential, leftist love ballads and apocryphal sporting triumphs.” It’s also inspired by the music of Colombian singer Diomedes Díaz.

This vinyl reissue captures the spirit of one of the first all-women rock (garage, surf, punk) bands from Mexico City, Ultrasónicas. They caused quite a stir with their punk attitude, their on-stage antics, their singing and their lyrical vulgarity (see: “Vente en mi boca“). I love Ultrasónicas forever and ever. Learn all about them through Ali Gua Gua’s behind-the-scenes documentary, captured during the early days of the band, titled “Todos están muriendo aquí.” This new edition of the album is available on Munster Records.

Look at My Soul: The Latin Shade of Texas Soul
by Adrian Quesada

Although it seems like a resurgence, there has always been a powerful, perhaps more underground community of Latin artists producing soul music. In this case, the golden era of Texas/chicano/brown-eyed soul is the main theme in Adrian Quesada’s new album, Look at My Soul: The Latin Shade of Texas Soul. He’s included modern artists of the genre as well as the OGs of the scene, so you’ll hear songs by artists like Ruben Ramos and David Marez as well as David and Steve of Los Lobos and Black Pumas.

“Texas soul to me is a unique Texas take on what we know as soul music, in a way that could have only happened in this state,” Adrian explains. “You had this melting pot of black, brown, white, and you had proximity to the Mexican border adding influence. … What has been exciting to me about making this record has been the process of working with some of these living legends—getting them in the studio, hearing and documenting their lifetime of stories … and honor the fact that these people opened the door for us to do what we do now.”

This is sure to be a classic. The album drops December 10.

I reviewed ÌFÉ’s new album 0000+0000 for MANO just a few weeks ago, and interviewed ÌFÉ and gave a preview of the album for Lumpen Radio. In this package deal you’ll receive the double vinyl on “Hyacinth” and “Candy Cane” colored vinyl, along with a GTMM x Discos Ifá “Heart Full of Love” t-shirt and a special bundle-only ÌFÉ Christmas card signed by ÌFÉ and Lavoski.

This is one of my favorite releases of 2021. Camilo Lara, the genius producer behind this project, decided to write a musical love letter to the place he calls home—Mexico City. His music combines vintage Latin sounds with quirky electronic, rock, and pop music. The album artwork is also included as part of a limited edition fashion line with Pay’s stores. Puedes escuchar mi entrevista con Camilo Lara antes de que saliera el disco, aquí.

This book is a gem. Musician Tere Estrada writes about some of the pioneers of rock music in Mexico. From all-women or woman-fronted rock bands, to producers, broadcasters, journalists and those involved in music, she highlights the “heroines of a history of struggle and passion for music that is beginning to emerge.” At a book reading I attended years ago, Tere encouraged the audience, especially the womxn in attendance, to go out and archive the stories of those in their communities doing similar work. “Write about them! Let everyone know.” Her words continue to motivate me. 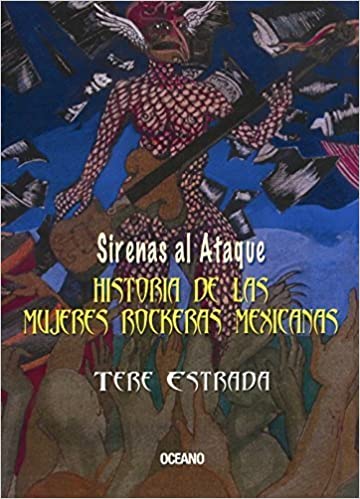 Vargas writes about role expectations within the confines of Chicano/Tejano music and its heteromasculine culture and the individuals who push those boundaries. Artists mentioned include Rosita Fernandez, Chelo Silva, Eva Ybarra, and Eva Garza, among others. “Vargas offers a feminist analysis of these figures’ contributions by advancing a notion of musical dissonance—a dissonance that recognizes the complexity of gender, sexuality, and power within Chicana/o culture.” 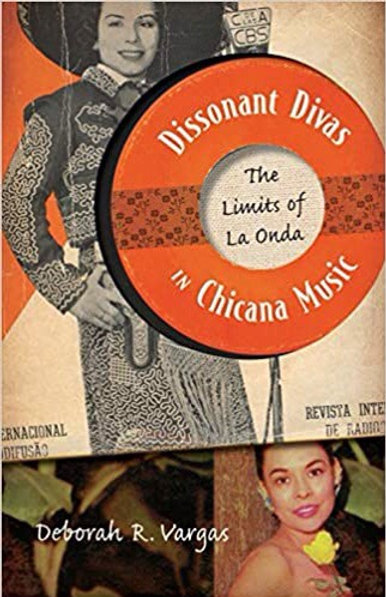 The Book of Salsa: A Chronicle of Urban Music From the Caribbean to New York City
by César Miguel Rondón

In this book, Rondón expores salsa, its roots, and its commercial appeal. The newest edition, in English, includes a new chapter as an update to the present. 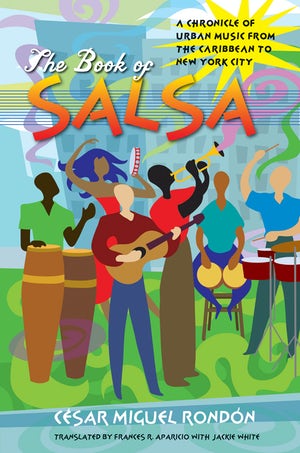 Varas-Díaz highlights the way heavy metal music is called into play to protest coloniality in places like the Dominican Republic, Cuba to Argentina, Puerto Rico, Peru, and beyond. He “documents how metal musicians and listeners engage in ‘extreme decolonial dialogues’ as a strategy to challenge past and present forms of oppression.” 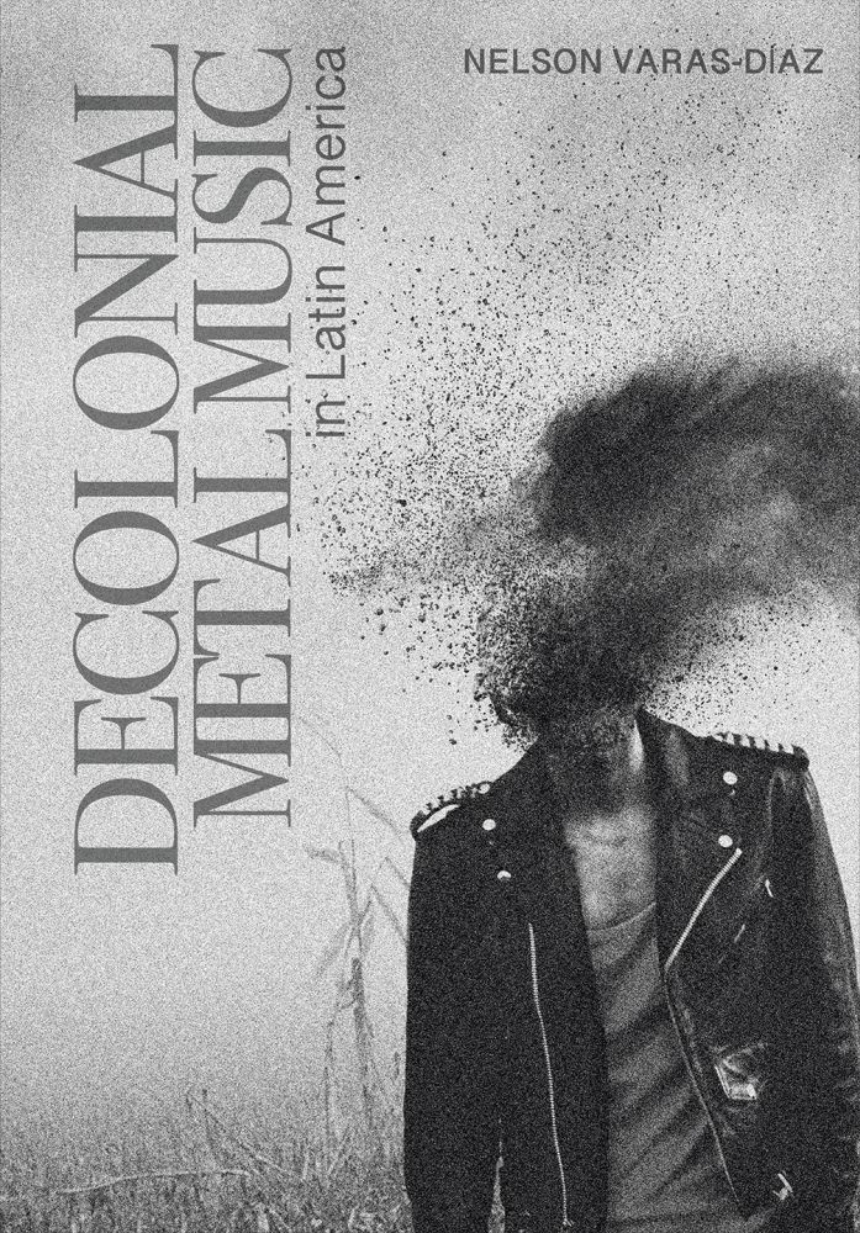 Sounds of Crossing: Music, Migration, and the Aural Poetics of Huapango Arribeño
by Alex E. Chávez

Chávez is not only a writer, a poet, and multi-instrumentalist, he is also the Nancy O’Neill Associate Professor of Anthropology and a faculty fellow of the Institute for Latino Studies at the University of Notre Dame. Based in Chicago, he is also a producer and has worked with artists like Olmeca and Quetzal, and is the lead singer of Dos Santos. In this book, Chávez “follows the moments of huapango arribeño—a musico-poetic form that hails from north-central Mexico—within the lives of both audiences and practitioners, from backyard celebrations in the urban sprawl of Dallas, Texas, to patron saint festivities in the highlands of Guanajuato and mobile home get-togethers along the lush back roads of northern Mississippi.”

In addition, I recommend his band Dos Santos’ latest album, City of Mirrors (2021, International Anthem). If you take a look around his website, you’ll find other written pieces and current musical endeavors. It’s fascinating. 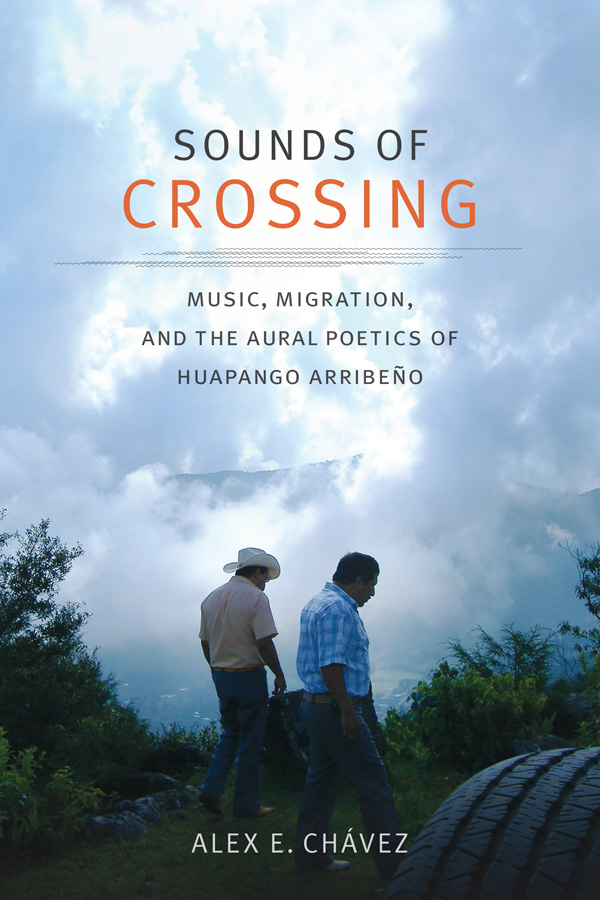 From Afro-Cuban Rhythms to Latin Jazz
by Raul A. Fernandez

Along with introductions to Afro-Cuban artists that Fernandez interviewed over a period of nine years, he also explores Cuban son and the connections of Cuban dance and music to other Caribbean sounds and Latin jazz. 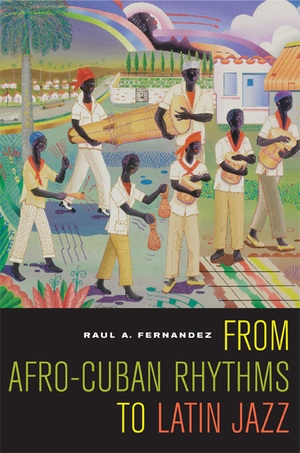 Don’t let the title, or the mainstream artists’ stories, dissuade you from picking up this book—this is actually a look behind the scenes at the Latin music industry through the perspective of Leila Cobo, the VP of Latin Music for Billboard. This is a little more mainstream than we normally explore and that’s okay. Leila also wrote an award-winning biography on Jenni Rivera. 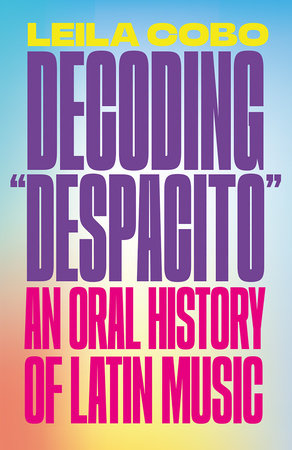 Dust and Grooves: Adventures in Record Collecting
by Eilon Paz

Paz digs into the record collections of over 130 enthusiasts, with interviews highlighting vinyl collectors’ passion for music in this format. 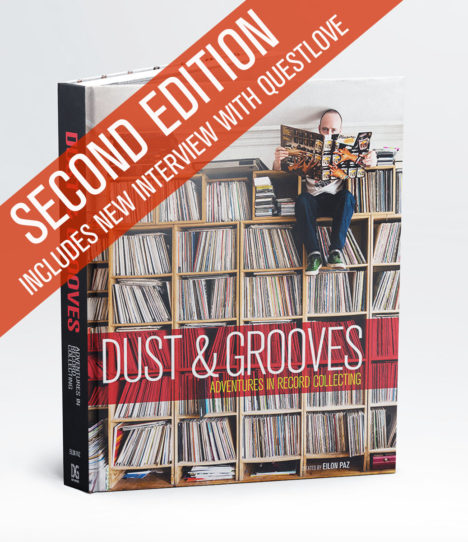 This is a novel about a young boy, Jimmy, who is influenced by the mariachi musicians he grew up with, despite his grandmother’s attempt to dissuade him from pursuing music. He becomes a street musician, falls in love with a flamenco dancer, and with his friends decides to take a chance in search of love, adventure, and healing through music. 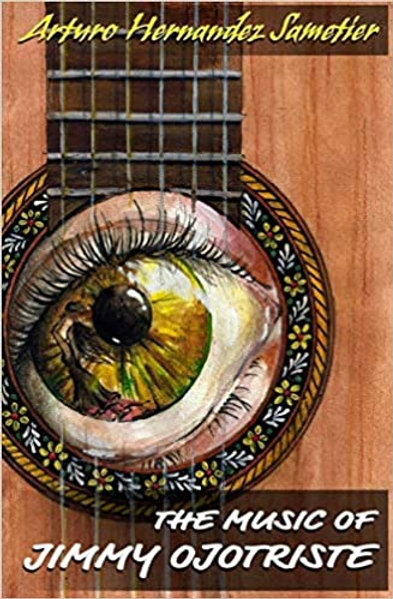 Booze & Vinyl: A Spirited Guide to Great Music and Mixed Drinks
by André and Tenaya Darlington

This is a cool coffee table book that lists some of the greatest albums and lists them together with a cocktail recipe for each. The imagery is beautiful. “Booze and Vinyl shows you how to set the mood for 70 great records from the 1950s through the 2000s, with a Side A and Side B cocktail.” 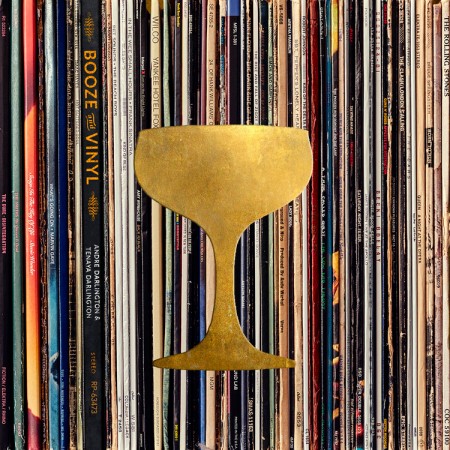