Joe Lovano and Quincy Jones have a go-to bassist: Bulgarian, Peter Slavov. After being credited in over 35 albums with the best jazz players in the world, the New York-based Grammy-Nominated double bassist, composer, session musician, arranger, and educator finally released his debut album “Little Stories.” The concept album features a short micro-story explaining the inspiration behind each piece. The music was recorded by a core band enhanced on different tracks with strings, voice, acoustic guitar and bass clarinet.

‘Little Stories’ rests at the heart of true musical ambition. While light-hearted, it’s a deeply personal collection of Slavov’s milestones; from the death of his father to his immigrant experience in the United States. The cool vibe the album evokes makes jazz accessible to all audiences, particularly with the Brazilian tune ‘History of Beauty.’

In speaking with Enclave Magazine, Slavov explains his inspiration for his debut album ‘Little Stories.’

Marlena Fitzpatrick: How long did it take you to write your ‘Little Stories’?
Peter Slavov: ‘Little Stories’ is mostly a collection of music I’ve written through the years since I came to the US to study at Berklee. So, I’d say it’s been 20 years in the making! Of course, the versions of the tunes that ended up on the record are in most cases much different than the original versions. Part of the reason is the natural evolution of each individual piece, another is that I wanted the album to have a certain sound and a certain vibe as a whole.

MF: A recurring theme throughout the album is your culture and your native country, Bulgaria. What do you miss the most? How has your immigrant experience in the US influenced this album?
PS: While I do miss certain things like the food, the natural beauty and some aspects of the culture, I think that what I miss the most is a place in time; a past that from the distance of time seems beautiful and calm. I’m not sure how real it is but it’s in my thoughts so it does exist on at least a certain level. The immigrant experience has shaped me as a person and that’s very much reflected in my music. While my personal immigrant experience hasn’t been a particularly painful one, it’s had its ups and downs, questions of belonging, integration, prejudice, nostalgia, culture shock, etc. associated with leaving one’s home, friends and parents to look for a better life, or as it was in my case – for education and professional growth and evolution. So yes, that definitely informs everything I do, especially my music. That can also be said of all my incredible musical experiences here in New York. They have taught me, inspired me and pushed me to be a better player and a better composer.

MF: Speaking of parents and musical experiences, your dad is also a recurring theme throughout the album. As a musician, what was the biggest lesson he taught you? Do you believe the ‘Ghost’ was him visiting you?
PS: I’d like to believe that the floating ball of light I saw that night 12 years ago had something to do with my father’s spirit. After all, it happened just a few days after he passed. Who knows? As far as lessons, he taught me so much that it would take a book to list everything he taught me about music and about life in general. To this day, I’m processing all the knowledge and wisdom he blessed me with. 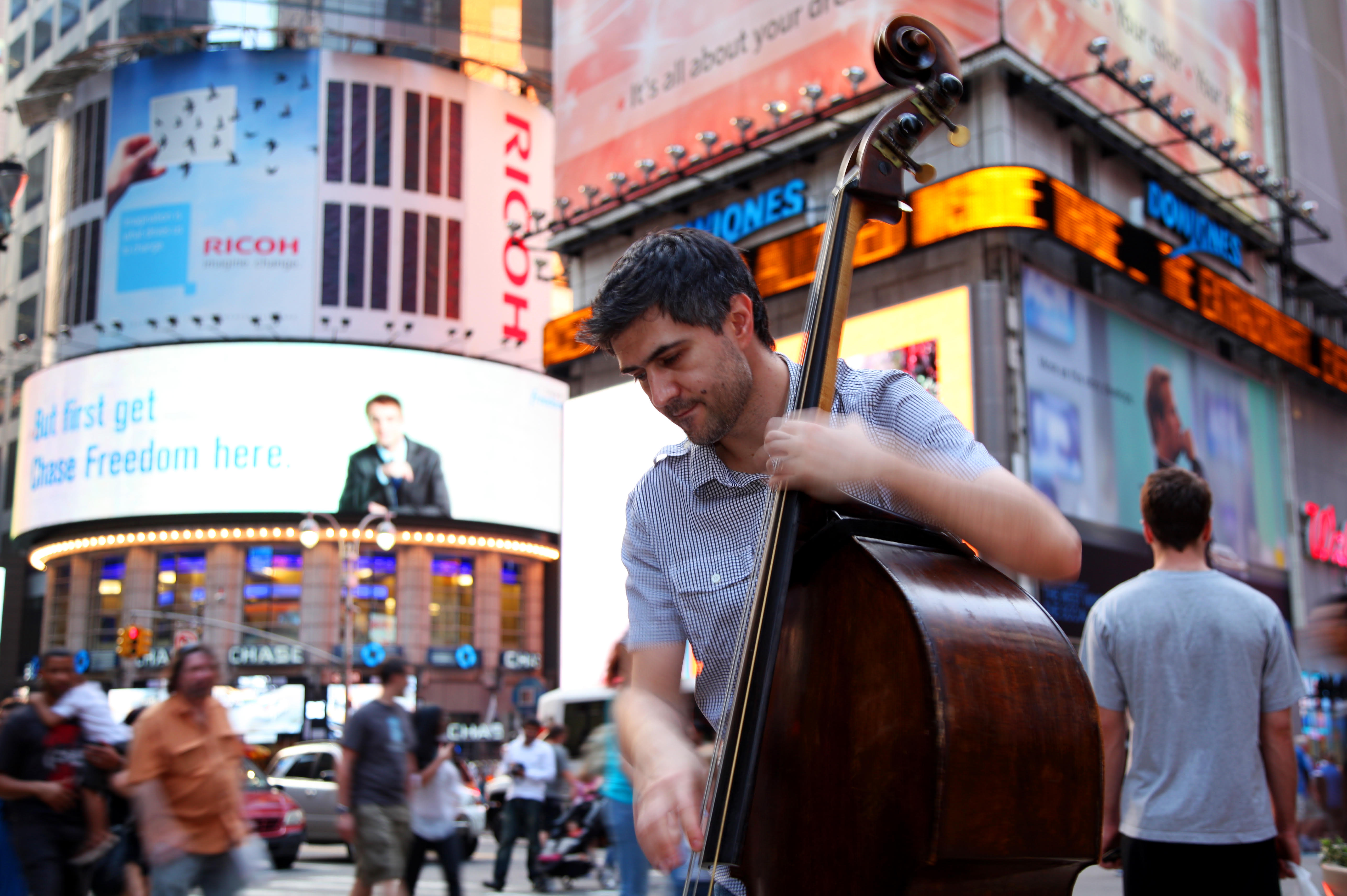 MF: You derail from the emotional realm in the song ‘History of Beauty.’ What has attracted you to Brazil and it’s music?
PS: I’ve loved Brazilian music ever since I first heard Joao Gilberto as a kid in Bulgaria in the 1980s. It’s such a rich musical tradition! And it’s full of beauty and sophistication so it’s equally attractive to musicians and non-musicians. My philosophy is that, ideally, this is what music is supposed to be. One of my goals as a composer is to write music that’s advanced yet accessible. And Brazilian music has so much of that. History Of Beauty was inspired by all my Brazilian musical heroes and their music. It has brought so much joy and inspiration to me that I consider it a very strong musical influence on par with the music of Coltrane, Mingus, Ravel and that of all my other idols.

MF: Can you define ‘accessible’? How do you merge the advancement and accessibility of jazz?
PS: I would love for people who don’t know anything about Jazz to enjoy my music on its emotional merits. I feel that real art should be able to touch people no matter how advanced it is and I don’t think that art should be advanced at the expense of accessibility or vice-versa. That approach takes work but it’s not impossible. I feel that many of my favorite musicians have achieved that goal to a certain degree. Of course, I’m not saying that I have achieved it yet, but it is something I’m constantly working on and so far the response to Little Stories from all kinds of people has been great which tells me that at least I’m on the right path. 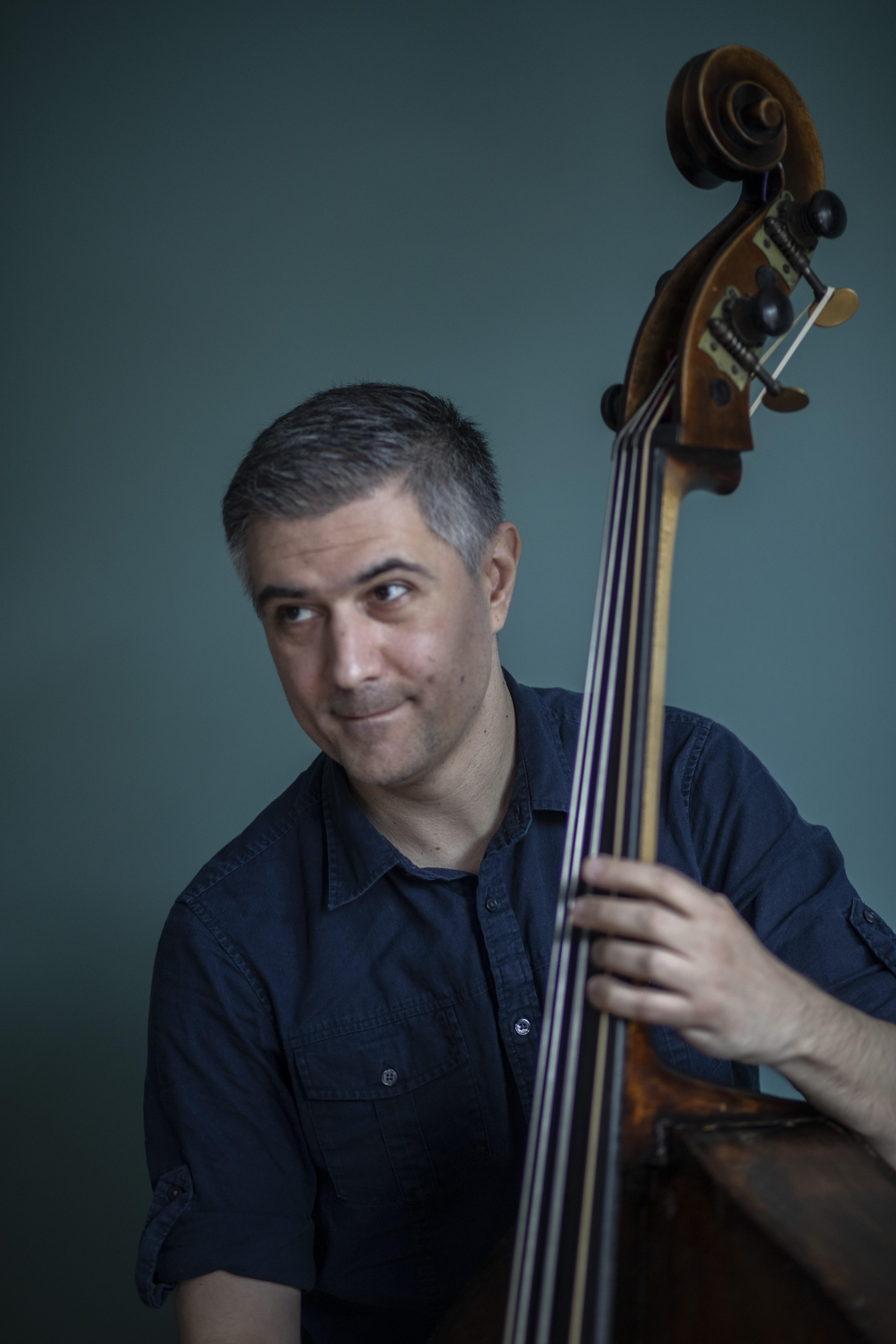 MF: Interesting. Art shouldn’t be advanced at the expense of accessibility. Do you think that’s a problem in the music industry? Or is it an issue with musical purists?
PS: I think it’s more of an issue with the actual musicians. It’s a natural progression: the deeper you go, the more you want to explore. The more you explore, the less accessible your music becomes to people who are not professional musicians, artists or critics. And that’s not necessarily a bad thing but it sometimes can be. Personally, I enjoy the challenge of trying to go deeper while keeping things beautiful and at least somewhat accessible. It’s not an easy thing to do and I hope that I’m succeeding at least a little. Purists have other issues but they’re not always wrong when it comes to the jazz tradition. I think that if you care about an art form and its tradition and its history you are a purist to a certain degree.

MF: To end, you mentioned your music evolved throughout the years, that each piece went through natural evolution. Is that natural evolution reflective of your own growth as a musician and your quest in making art accessible?
PS: It is definitely reflective of my own growth as a musician and also of the fact that a piece of music takes on a life of its own and it can evolve over time – different arrangements, different instrumentation, different players interpreting it differently, things I’ve loved- or hated- about it when I first heard it recorded or performed live; things like that give me an idea of what I’d like to bring out of a tune, what works and what doesn’t. An extremely important factor in the process are the musicians I trust to interpret my music the way I want to hear it. New York City is full of some of the best musicians in the world, but not everybody can relate to your music and bring it to life. So I feel extremely fortunate to have had all of those great musicians record on Little Stories. They really helped me bring the sound I heard in my head out to the real world.

Why the Government Doesn’t Help the Poor

America insists on coddling the super-rich, making sure their children will never go broke, while neglecting the poor and forcing … More

A Look at Hermanos Gutiérrez and ‘Amor Profundo’

Music journalist Sandra Treviño speaks with Alejandro Gutiérrez of the Ecuadorian-Swiss band Hermanos Gutiérrez, to talk about their music and … More