Polock is fresh indie rock band hailing from Valencia, Spain. And even though they come from La Madre España, they rock the world in English. Their polished, upbeat and classic rock sound  have garnered them worldwide recognition. They are magnetic and have the musical gift which makes their music attractive, but not being necessarily simple, but, complex in its composition and arrangements instead.

After two successful albums- Rising up, and Getting Down From The Trees – Papu Sebastián (Vocals & Guitar/Keys), Marc Llinares (Drums), and Pablo Silva (Guitar/Keys) return with a third album Magnetic Overload.

To learn more about this new project, I had a short chat with jovial frontman, Papu. 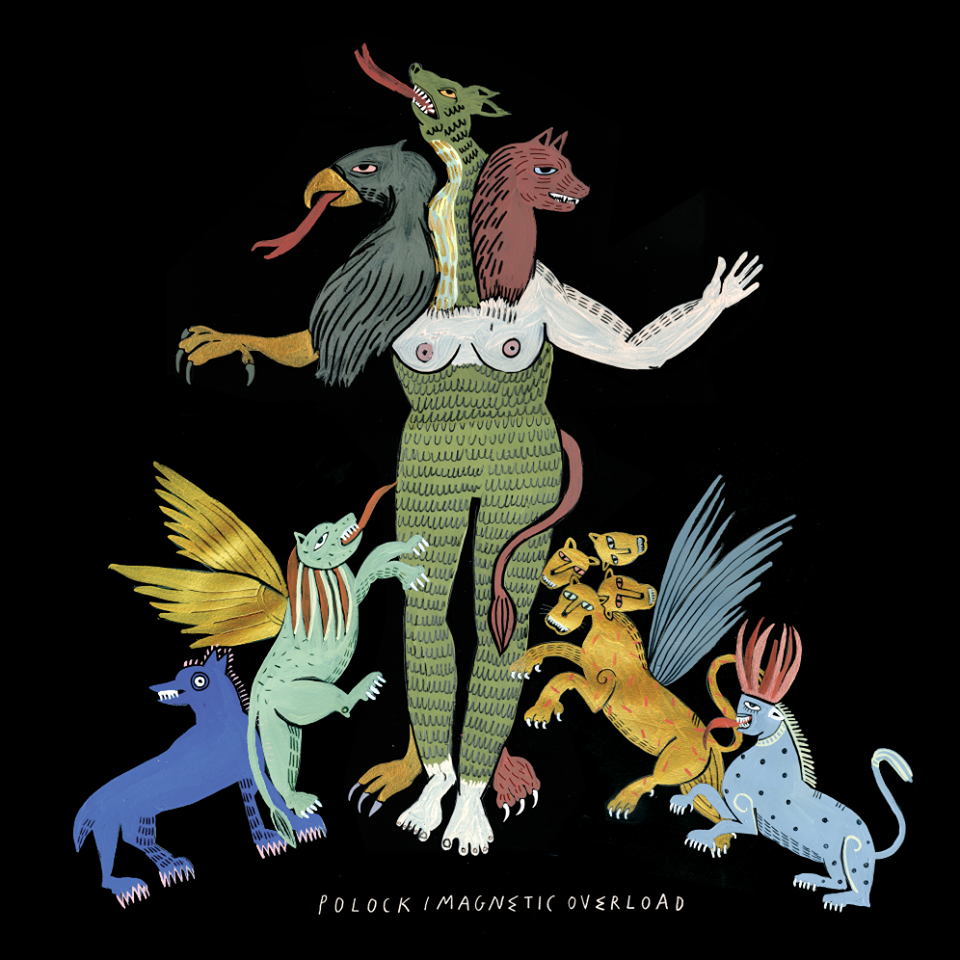 Papu Sebastián: When we began to create the songs of this album we had in mind to make a classic LP. We dreamed of the atmospheric sounds and guitars from albums like Black Sabbath, The Beatles, The Velvet Underground and how those records sound. The premises for our third album were to capture more guitar riffs with a lot of hooks and find the sexiest sound for each song.  In the end we realized that all our stuff had a magnetic feeling, that’s why we decided to call this album “Magnetic Overload.”

Marlena Fitzpatrick: Magnetic, yes. Your music is upbeat and cool; very summery. However some of the tracks’ titles are mysterious and dark, like Devil Echoes and Roll the Dice.

Papu Sebastián: Yes, that’s something that many people from other countries say about our music. I think this album is the darkest we’ve done so far, but we live in Spain and the sunlight play and important part in our way of thinking and record. I’m always trying different themes and sometimes I find the mysterious world more interesting than singing about usual notions.

Marlena Fitzpatrick: And speaking of dark, What’s the symbolism behind the cover’s artwork? It’s very interesting.

Papu Sebastián: Carla Fuentes created the album [cover]. She has always been working on the design and artwork of the band. The idea we had was that we wanted a black cover full of details and mysterious elements. The cover is inspired by old religion books and provides an image of the main sins embodied in the middle Ages.

Marlena Fitzpatrick: Any Latino artists you’d love to collaborate? Would you record a bilingual album?

Papu Sebastián: There are a lot of artists that would be great to collaborate with but we never think about the albums until we start in our basement to record the first ideas, so, who knows? We are in love with a song from Sebastien Tellier called “League Chicanos” and he wrote it in Spanish.

Marlena Fitzpatrick: There’s a common thread within the album. One may argue is sex sprinkled with love. However, these aren’t necessarily love songs. What does the lyrical content explores?

Papu Sebastián: I always try to explain feelings that scared me poetically; everything in life is sprinkled with love. I would like to think that my lyrics reach people in an “abstract form of love.” Love is the most abstract art on earth.

Marlena Fitzpatrick: Great album, and we hope to see you in New York soon!

The album ‘Magnetic Overload’ was released on June 9, 2017 by Nacional Records

In “Trepate,” the sexy, futuristic take on Latin music created by Lester
Enjoy the weekend with new music from Puerto Rico's Ani Cordero, Colombia's
Aspiring musicians around the world can win a chance at Vans products,
In the upcoming EP GIRLHOOD, it’s Complicado, a recently-turned quinceañera in Chicago
Songs by Latino artists who happen to be some of the greatest