Puerto Rico is in the midst of a mass exodus: true. The corruption and criminal incompetence of the insular government is to blame for much of the human suffering on the island: also true. The capital city, San Juan, is doing alright but the mountainous interior is suffering untold atrocities: partly true, because the entire island is suffering.

And as for the widespread belief here in the United States that the people of Puerto Rico are abandoning their homeland like rats on a sinking ship: FALSE. False AF.

Yes, people are fleeing, but they aren’t leaving, which is very different. María first ripped the leaves off trees and the roofs off houses, churches and hospitals. Now, in her deathly wake, its people are being torn from the country they will always love more than any other.

The Yankees up north don’t like to hear that last part. The United States of America, they insist, is the land of opportunity, of the free and of the brave, where the streets are paved with gold and life is just… better. Better than where? you ask, and they respond with crocodile-smiles, Why, better than everywhere else, of course.

Most Unitedstatesians don’t even care to know what I know now, having heard it uttered by Puerto Rican lips from Trujillo Alto to Playa Manglillo—that those Puerto Ricans who have fled to Orlando, New York or Chicago (there have been tens of thousands of them so far) are fleeing their island with absolutely no other option but to flee, having nothing left after María but broken furniture and broken hearts. 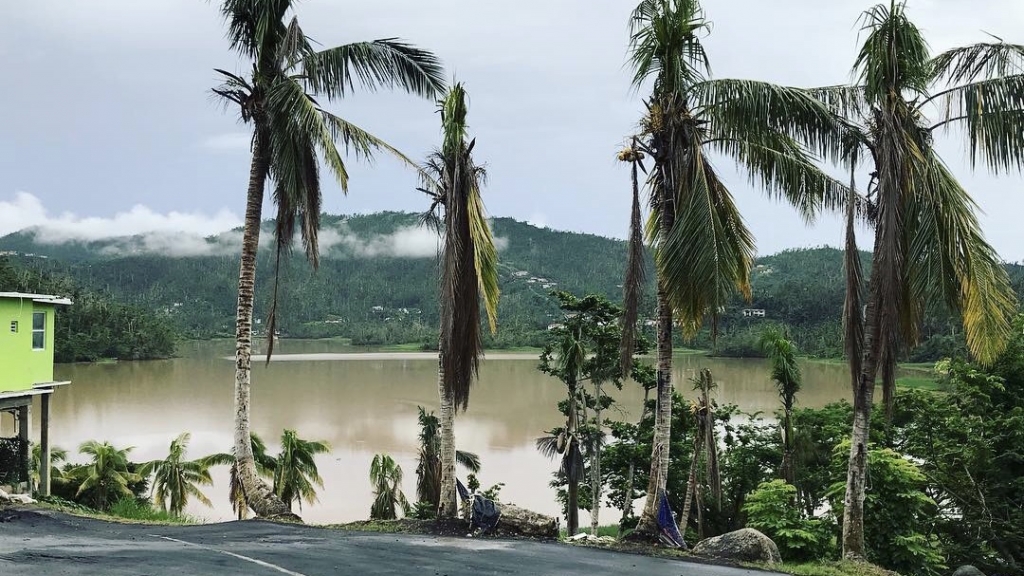 And yet, there is indeed a resistance. Not up in the mountains around Lares, Utuado and Yayuya—as there should be perhaps. No, the resistance burns in every one of those Puerto Rican hearts rent by the storm along with so many tree trunks and utility poles. As the old wive’s tale goes, a broken bone, once healed, will never break the same way again; the same can be said of the soul. The Puerto Ricans have been shattered, but they are picking up the pieces and putting themselves back together, each fault line not only healing but healing stronger than before.

That isn’t to say their wounds won’t be tender for a long time to come, because they will be. And already the Puerto Rican people have been changed para siempre, but changed for the better.

The people of Puerto Rico will never forget María—and how they and the world, namely the U.S. government, responded (or decided not to). They won’t forget how they dug themselves, and then their neighbors, out of their homes. They won’t forget how it was the teachers and the doctors, not professional disaster clean-up crews, who singlehandedly got the schools and hospitals up and running again.

They will never forget how they survived Hurricane María—and they will survive it—relying on each other. They must never forget how the federal government and its colonial administration lied about the number of deaths (which has to be at least ten times whatever they have told us); the speed of recovery (years, not months); how their supposed protector, Tío Sam, kept ships loaded with relief floating just offshore; how authorities seized whatever aid reached the coast and kept it locked up somewhere, away from the people who desperately needed it; and how, when the federal government finally began visiting homes weeks after the storm had passed, it came bearing candy and paper towels.

Everywhere I went I met Puerto Ricans, many of them returnees from the Diaspora, who looked me square in the face and told me, making sure I heard them well, that they would never leave their island without a long, hard fight. Every Puerto Rican I spoke to who had moved back from the States—every single one, many of them having lived stateside for decades—thought the choice between living someplace like New York, Philly or Chicago on the one hand, or living in San Juan, Ponce or Guánica on the other, was a complete no-brainer. And whereas I regularly say “the island,” the Puerto Ricans with whom I chatted, lifelong residents and returnees alike, constantly spoke of “my island.” I will never leave my island, is the one, underlining refrain; not if I can help it, goes the fearful disclaimer.

Those who can’t help it have fled, just as they have been doing since forever. Those who stay do it through a combination of sheer grit and dumb luck. They cling to their roofless homes, while family members in Orlando or Chicago beg them to come stay with them, at least for a little while. But it is no use; they are staying. Should the last palm tree fall, Puerto Ricans will still be standing tall on that little piece of heaven in the Caribbean.

Porque Puerto Rico resiste. It always has, and it always will. 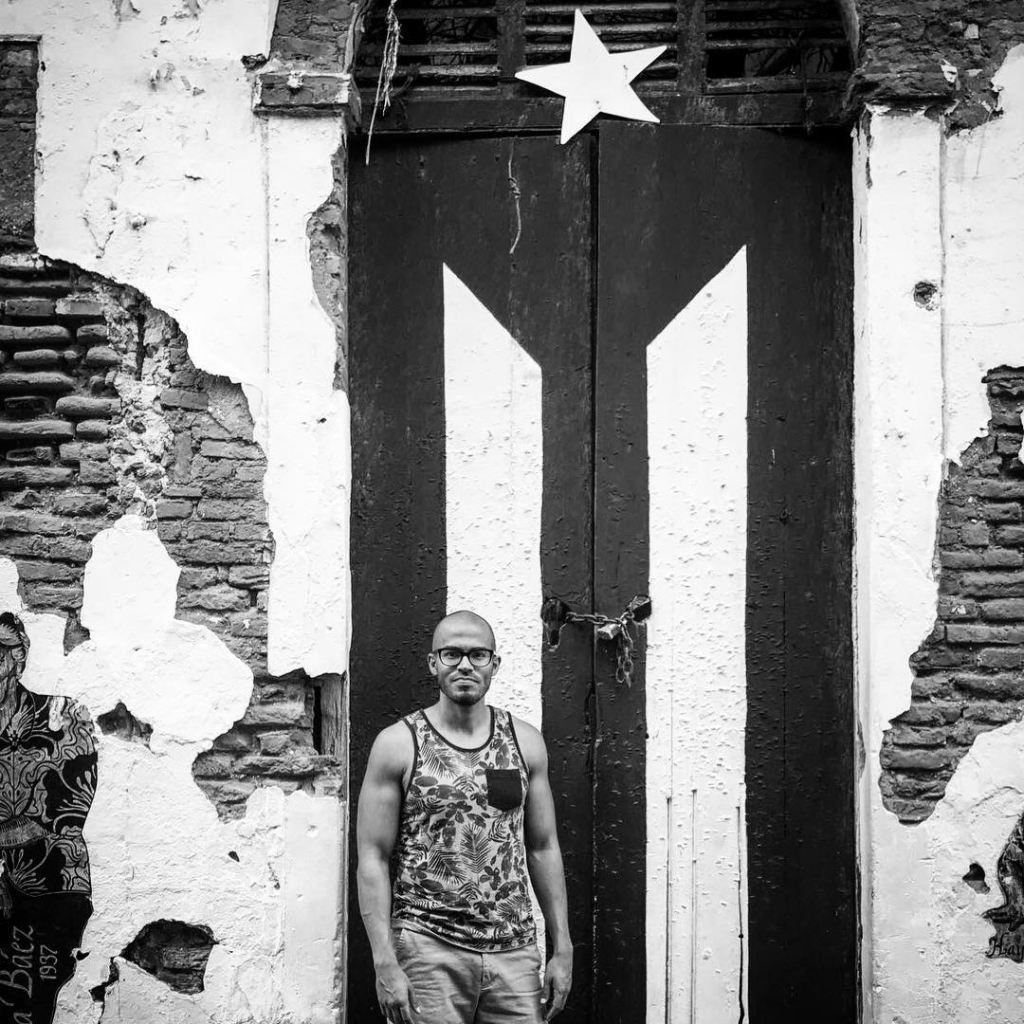 My grandma votes Republican because she believes in three things: money, strength, and the rule of

Hector is the founder and editor of MANO as well as the host of the LATINISH podcast. A Chicagoan living in Las Vegas, he's also the senior editor of Latino Rebels, part of Futuro Media, as well as a former managing editor of Gozamos, an art-activism site based in his home town. He was a columnist at RedEye, a Tribune-owned daily geared toward millennials. His work has been mentioned by The New Yorker, Good Morning America, TIME, the Washington Post, and other outlets, and his writing was featured in 'Ricanstruction, 'a comic book anthology whose proceeds went toward recovery efforts in Puerto Rico. He studied history at the University of Illinois-Chicago where his concentration was on ethnic relations in the United States.

Interview With Fernando Trueba, Director of ‘Memories of My Father’

GOP Outrage Is a Never-Ending Cycle

Republicans have railed against Obamacare, the changing of the names of D.C.'s football team and Cleveland's baseball team, and, most … More

Although the topic of colonial reparations for Puerto Rico has been ongoing for decades, there is a newfound interest, as … More

Younger people may have been the deciding factor in many races, and
Productivity and the number of jobless people actively looking for work are
In a country as politically divided as the United States, the indecisive
Republicans have railed against Obamacare, the changing of the names of D.C.'s
No matter what happens in the midterms, or in the next presidential