Over a week ago, on June 11, the government of Puerto Rico held what turned out to be not only the island’s fifth status consultation but also its most ill-fated one since the U.S. takeover of 1898.

Termed the “Plebiscite for the Immediate Decolonization of Puerto Rico,” the pro-statehood New Progressive Party-led process seemingly included all the options, namely statehood, territorial status, and free association/independence. Yet, disrupted by a boycott from all other political parties, the consultation attracted only 23% of 2.2 million registered voters, the lowest turnout in a Puerto Rico electoral event since 1967. Garnering 97.2% of the vote, up from a contested 61% in the prior 2012 referendum, the statehood option likewise appeared to win big. The total of statehood voters, however, actually decreased and was significantly less than a few years ago: 502,801 votes versus 834,191. While the decline may partly reflect the island’s population loss, that the current territorial option obtained 6,823 votes, or 1.3 percent and the free association/independence alternative received 7,786 votes, or 1.5 percent suggests something went awry.

But even if the plebiscite did not pay off for the statehooders nor “spoke” the people’s will—it revealed much.

Locally, the process was more efficient in registering discontent than assessing status preferences. By staying home or going to the beach, well over a million voters refused to participate as a form of protest against a range of perceived wrongs. These included the idea of spending 8 million dollars in a non-binding plebiscite amidst a deep financial crisis; the current administration’s support for steep budget cuts to address government debt; the ways that the status quo option was defined as “territorial” and, for pro-independence groups, that it was included at all. Some groups also rejected the plebiscite process itself as colonial and favored alternative status resolution measures such as a constituent assembly.

In the U.S., the plebiscite indexed a growing interest in the question of whether Puerto Rico was going to become a state. In story after story, Puerto Ricans were portrayed as the putative protagonists of a political melodrama which has finally become entertaining since it has stakes for Americans. The plebiscite was likewise covered not as part of a complex political process but as a “contest” with winners and losers. This continues an accelerating trend of incorporating territorial politics into U.S. mass entertainment. Examples include news coverage of the island’s debt crisis as a “scary movie” where American pensioners could be financially strangled by irresponsible natives, and late night programs such as John Oliver’s Last Week Tonight and game shows like Who Wants to be a Millionaire, where the territories are part of what makes the U.S. funny or bewildering. 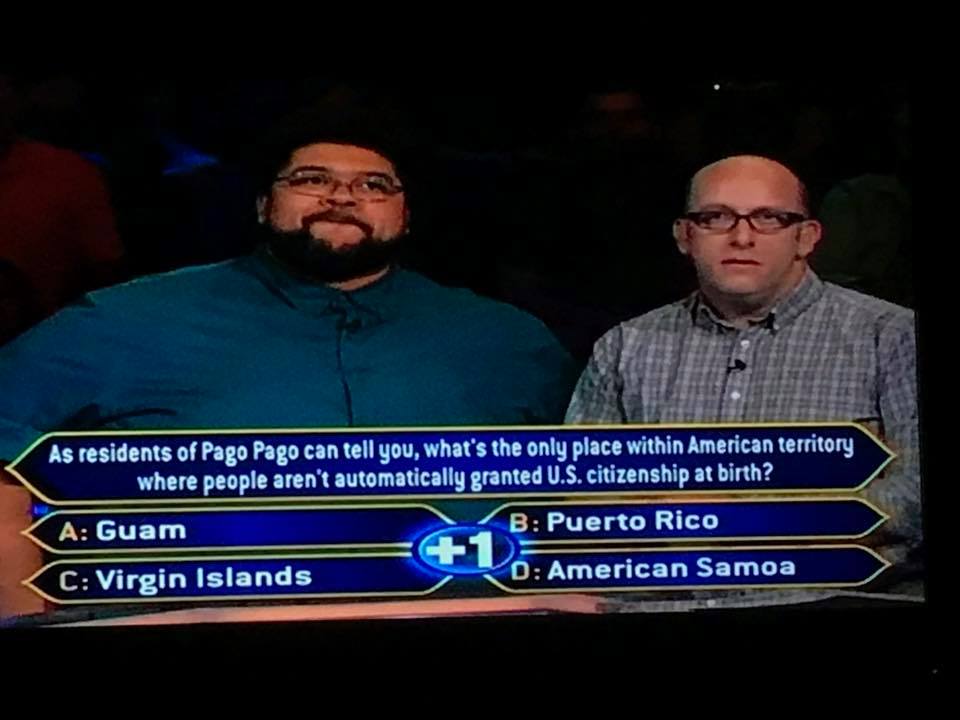 Fittingly, while the plebiscite became entertainment, the reasons why territorial consultations are a futile political exercise and a racist spectacle remain largely unexplored and unchallenged. In this act, many Puerto Rican commentators play a complicated part. Opposing groups do their best to ridicule and bring down their rivals rather than build common ground toward broad decolonization. For Puerto Rico, a result of this dangerous game is that the U.S. appears as the rational political actor simply waiting for confused islanders to decide their destiny, confirming enduring stereotypes of Puerto Rican irresponsibility and American generosity.

A way to start is by contesting the very notion that Puerto Ricans will decide their colonial status through a plebiscite. Presidential candidates are conveniently one of the biggest promoters of this idea. Even if President Trump has not said much about this consultation, during the 2016 campaign, candidate Trump stated that Puerto Ricans had a right to make “a choice” regarding their status. When President Obama traveled to the island on a fundraising mission on June 14, 2011, almost six years before the current plebiscite, he went further: “when the people Puerto Rico make a clear decision, my administration will stand by you.” Trump and Obama are not unique: This is what nearly every president since Gerald Ford has told Puerto Ricans.

Although to some ears, the “you decide” line sounds like deep respect for Puerto Rican self-determination, it is not. Instead, it is a tactic aimed at extracting votes and funds from poor communities without federal representation during primaries, and later from Latinos in the United States. Once the cash and ballots are in, elected officials avoid any decolonizing action as island Puerto Ricans cannot vote and have few effective mechanisms to hold them accountable. Ultimately, American politicians have no problem telling Puerto Ricans that they can “decide” since U.S. law—backed by the military, media, and public opinion—has established that they cannot. Or as a White House statement clearly put it last June 13: “This referendum is nonbinding and only Congress can change Puerto Rico’s status.”

“You decide” similarly camouflages that in nearly 120 years, Congress has failed to sponsor a binding consultation while the federal government often intervenes in local efforts. The 2017 plebiscite is no exception. The Department of Justice (DOJ) rejected the first ballot language proposed in April primarily because it did not include the colonial or territorial option favored by one of the leading parties, the Popular Democratic Party (PPD). The DOJ also objected to the differentiation of independence from free association, and to the claim that statehood was the only status that guaranteed U.S. citizenship, affirming that the current law provided “an unconditional statutory right to birthright citizenship.”

Equally significant, even after Puerto Rico’s government added the territorial option and adjusted the remaining terms as directed, the Department of Justice requested more time to review and never approved the ballot’s terms. While one can reasonably argue that the government of Puerto Rico proceeded unilaterally and rashly, and that the PPD’s perspective cannot be ignored, it is no less accurate that U.S. action—and inaction—are primarily aimed at supporting the status quo. Waiting for “approval” would have changed nothing. 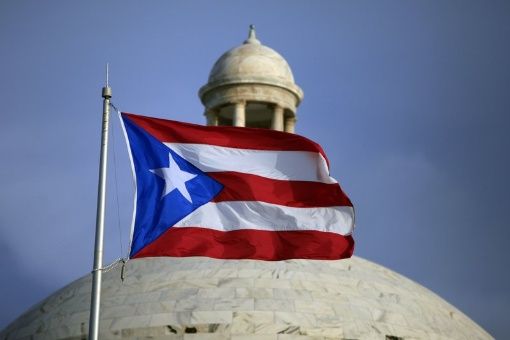 The “you choose, we control” dance also renders natural and normal that the U.S. Congress has a right to “possess” political communities and treat its members as colonial subjects in perpetuity. Whereas mainstream sympathetic journalists and commentators may describe the legal set up as “weird,” “strange,” or “complicated,” U.S. sovereignty over the territories is rarely, if ever, questioned. Moreover, while it is often repeated that “unincorporated citizens” cannot vote for president or have a voting delegation in Congress, much less noted is that the territorial status violates the 14th amendment guaranteeing equal protection under the law for U.S. citizens, and that it does not rest on the legal consent of the governed.

In a nation where racism is often seen as its original and unresolved sin, the territorial status fully accepts racial inferiority as the foundation of law. Produced through a series of decisions known as the Insular Cases (1901-1922), the Supreme Court’s main reasoning in developing the “unincorported territory” doctrine was that territorial citizens were unfit to self-govern or be part of the union due to their condition as “uncivilized,” “savage tribes,” and “alien races, differing from us in religion, customs, laws…and modes of thought.” Not surprisingly, the court which ruled on these cases was nearly the same that reached the 1896 “separate but equal” decision in Plessy v. Ferguson upholding state racial segregation laws. Yet, as Judge Juan R. Torruella summed up, the Insular Cases were “a more stringent version of the Plessy doctrine: the newly conquered lands were to be treated not only separately, but also unequally.”

Despite the repeal of other explicitly racist legislation such as  Jim Crow, the Insular Cases remain the law of the land, and are still routinely cited to decide cases, including in the nation’s highest court. Its language and framework also continue to widely permeate political discourse and public opinion. A 2017 resolution by the Houston Young Republicans objecting to Puerto Rico becoming the 51st state provides an updated version: “being so separated by geography, language, law, culture, and governing custom…theirs is a political culture separate and distinct.” Some comments posted in USA Today after the plebiscite similarly converged in even more blunt terms: “What if most Americans reject the idea of adopting this poor, dysfunctional, Spanish-speaking island as a state?”

At the end, the “you decide” rhetoric thinly masks that, whereas Puerto Rico has been an American colony since 1898 and Puerto Ricans both endure and fight the consequences every day, it is the U.S. that has the colonial “problem.” If indeed the U.S. is democratic and sovereign, there should be nothing stopping the country from ending its status as a colonial power. Americans can decide to start their own decolonization by immediately abolishing the racist unincorporated territory doctrine; annuling Congressional plenary powers over all territorial political communities; and enacting policies, practices, and legislation aimed to repay more than a century worth of extracted wealth from the territories.

Perhaps then, the question of who needs to “decide” what may at last mean something.

Frances Negrón-Muntaner is a scholar, writer, filmmaker, and professor at Columbia University where she is director of the Media and Idea Lab and curator of the Latino Arts and Activism archive.

Artificial intelligence can now produce artwork that rivals anything created by a
Conservatives tend to be rural, uneducated, older, and white, while liberals tend
The rise of authoritarianism around the world, and the solidarity shown between
Cha Sa-soon, an elderly woman who failed the South Korean driver’s test
If, as is entirely likely, Trump wins the GOP nomination in 2024,