Tobias Meinhart transforms his dreams into jazz music. The award-winning saxophonist, composer, and bandleader released his now sixth album “Silent Dreamer” under Munich label Enja Records. The result, however, is far from a comatose inducing Jazzfest.  Meinhart took he most lucid dreams and created a sonic display of suspense, anger, and even musical activism. With tracks like “Equality,” a tune he wrote the day after the 2016 election, and complex piece “Fighting Your Fears,” Meinhart presents a socially conscious project without falling into preachy antics. With a masterful band- Ingrid Jensen (trumpet), Charles Altura (guitar), Yago Vázquez (piano), Orlando LeFleming  and Phil Donkin (bass),  Jesse Simpson (drums), and Justin Carroll (synthesizer)- Meinhart delivers an emotional album, ranging from raging angst to sweet nostalgia.

Born in a small village in rural Bavaria, Germany, Tobias began his musical life as a drummer before switching to the saxophone at age thirteen. He found inspiration in his grandfather, a classically trained bassist who began playing jazz in many of the U.S. Army clubs after World War Two. With this exposure, Tobias opened his eyes to the social realities and learned to immerse them into his art. Tobias has amassed an impressive list of accolades and awards including an Echo-Award Nominee for ‘Newcomer of the Year’ 2016, the German equivalent of a Grammy.

Tobias Meinhart explains his influences, inspiration and the importance of being involved in social justice. 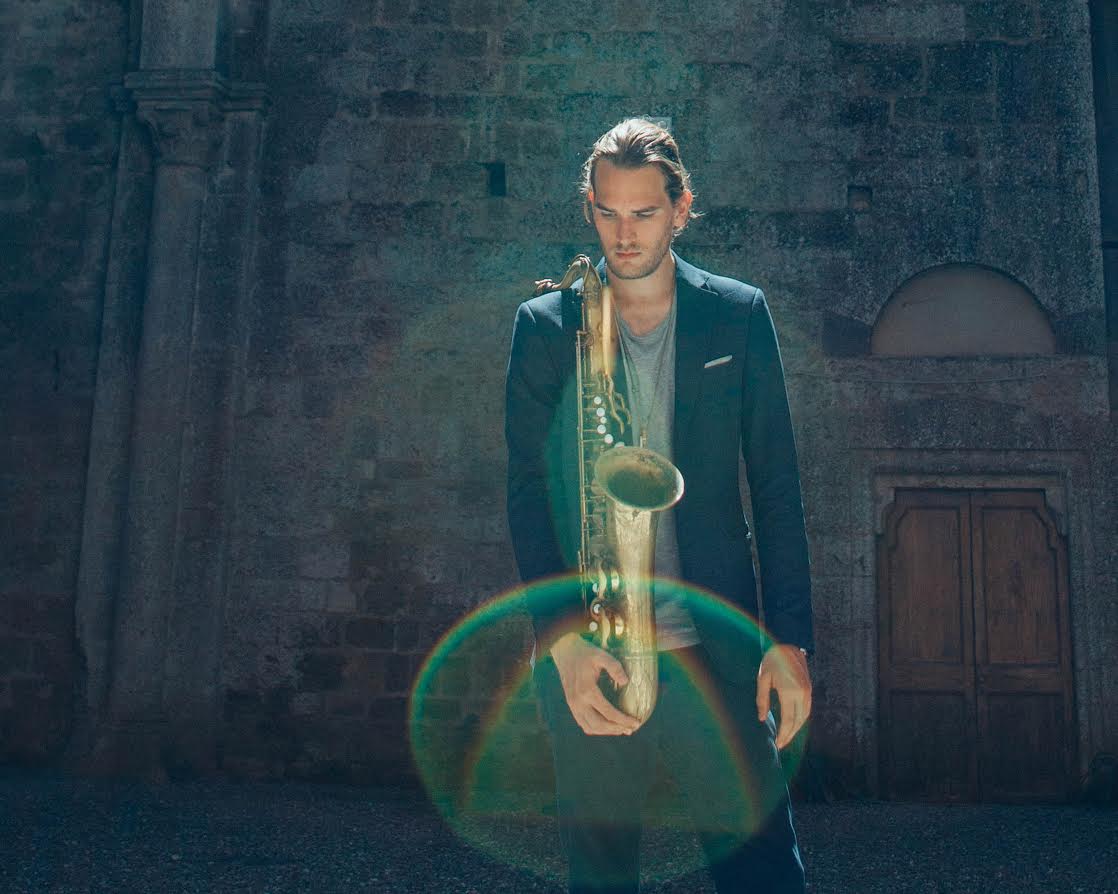 Marlena Fitzpatrick: Who are your main influences?

Tobias Meinhart: As a composer, I get inspired a lot by Carla Bley and Wayne Shorter these days; of course, Miles Davis and John Coltrane, but also Stan Getz. A big influence and inspiration from younger players is Seamus Blake. Besides jazz, I love to listen to all kinds of music. Recently, I discovered the Uruguayan singer-songwriter Jorge Drexler, as well as the Mexican singer Natalie Lafourcade, who I both really like.

Marlena Fitzpatrick: They’re superb! Now, growing up in Germany you were exposed to jazz through your grandfather. What inspired you to become a jazz musician and follow his footsteps?

Tobias Meinhart: Seeing my grandfather play with many big bands had a big impact on me when I was a kid. The whole thing had a magical atmosphere to it. Getting ready for the concert, dressing up, the rehearsals, a glance at the after-hours hang and, of course, a big band concert itself is very impressive. From the first row, the saxophones literally blew me away.

Marlena Fitzpatrick: I’m curious, you started as a drummer and switched to tenor saxophone. What other instruments do you play?

Tobias Meinhart: Besides tenor sax, I play soprano sax, clarinet, bass clarinet, flute and recently the EWI, an electronic wind instrument which is really cool. Finally, I don’t have to be jealous about guitar players anymore!

Marlena Fitzpatrick: I’m jealous you play so many instruments! Let’s talk collaborations. You’ve  worked with award-winning musicians throughout your career. What other musicians would you like to work with?

Tobias Meinhart: There are so many, but here are a few: I love Kurt Rosenwinkel who brought a whole new sound to jazz. Also trumpeter Terence Blanchard would be an amazing experience since he seems to really mentor his bands of younger musicians. Since my goal is to use my instrument as an extension of my voice, I’m always drawn to singers – it would be fun to work with Lizz Wright, for example, or Swiss singer-songwriter Sophie Hunger.

Marlena Fitzpatrick: Any other genres you’d like to explore?

Tobias Meinhart: Yes, I’d definitely like to explore more electronic music which I got more into through playing the EWI; bands like Daft Punk. I wasn’t aware until recently and really like these kind of sounds. Another project I’d like to do is explore the music of the countries I’ve been a lot too and have a connection – and bring this music into a jazz context. For example, the folk music of Bavaria, Mexico or Hungary.

Marlena Fitzpatrick: Are you open to Latin music?

Tobias Meinhart: Yes, absolutely! It’s such a big field though. I really wanna get deeper into the folklore of each country. If you have suggestions what to check out, please send me!

Marlena Fitzpatrick: Oh, do I have suggestions! That’s off the record, however. That grants the question, how important it is to merge with other cultures, as an artist and as an individual?

Tobias Meinhart: I think the importance of this can’t be overstated. Besides getting inspiration and learning new things, I also got to know myself better, my own background and the interest of my own cultural heritage grew. Apart from music and in a broader sense, I’m convinced the more we learn and get to know about other cultures the less there would be conflicts, wars, and injustice in the world.

Marlena Fitzpatrick: Speaking of conflicts, wars and injustice in the world, “Silent Dreamer” reads and sounds like an immigrant and activist chant. With pieces like “Equality,” “Letter of Intent,” and “Fighting Your Fears,” you evoke a social statement. Do you consider your work political or socially conscious?

Tobias Meinhart: That’s a tricky question- I definitely want my music to be able to stand for itself and that people can enjoy listening to it without knowing the title or a political context. On the other hand, as an artist, I think we also have the obligation to speak out against injustice and use our voice – either through music or apart from it. I wrote “Equality” the day after the 2016 elections and you definitely can hear our anger. I actually like the phrase ‘socially conscious’; I, as an artist, definitely want to be that. My music should be able to stand for itself.

Tobias Meinhart: I think it absolutely can be. The more artists speak out and influence their audience the more something can grow into a bigger political movement. I think everyone, if artist or not, has an obligation to speak out when you see injustice.

A chat with Carolina Calvache, a classically trained jazz pianist from Colombia

Carolina Calvache Marries Poetry and Music on Vida Profunda, out May 29th on Sunnyside Records

The album is a new fusion of classical and modern jazz orchestra music.

The Puerto Rican Revolution Will Not Have Corporate Sponsors

What could multinational corporations have against an avowed socialist, anti-colonial freedom fighter? … More

Hector chats with Kawenaʻulaokalā Kapahua, an organizer in the Hawaiian independence movement, and they compare Hawaii with Puerto Rico … More